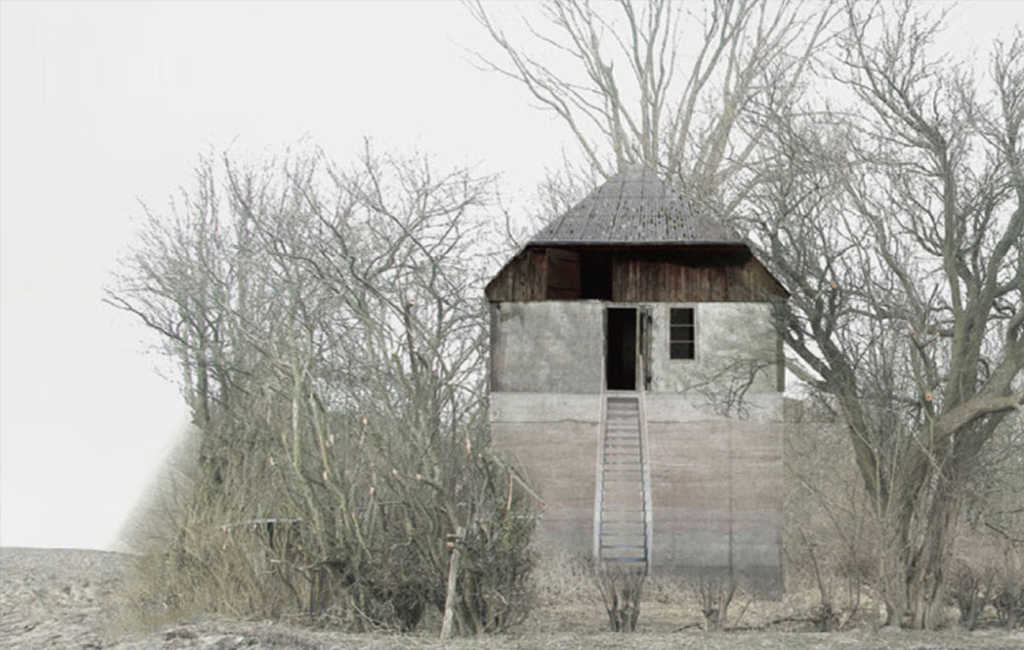 Svalbard Vault——Is it a man-made building that deviates from nature, or an embrace of nature protection? How does nature affect architecture, and how does architecture respond to nature?

The idea of creating the Composite Ideogram of my conceptual program, is inspired by the experimental college Douglas Darden created in his projects. Four elements have been chosen, Platonic Solids/ Seed, Noah’s Ark/ Rescure, Albrecht Dürer Spiral/ Past and Future, Rocket Pneumatique and Air Architecture/ Protection.

The idea Seed Storage could be trace back to the project “Past seeds – the future of food”in Barrit. They cultivate the old varieties in collaboration with researchers and museums from other area in Denmark. Their mission is to preserve and test nearly different varieties of traditional plant seeds. Nordic people always associate seed storage with Svalbard, this classical fortress is designed to restrict access from the possible intrusions and disaster, but some interesting and contradictory question is with this architectural definition.

On the one hand, people define nature as a most awful existence and deterrent, the fortress preserves seeds from natural disasters. On the other hand, people put this crucial storage on fearful northern land, using natural barrier to prevent possible human destructive activities. Coincident or not, the fortress is designed and built to defend the nature while using the nature as its own barrier against the outside world. The roles between the fortress and the nature can be exchanged and transited. For example, nature could be another gentle and natural protection which intervene into architecture, the building needs to defend itself from being damaged by the nature while the nature is the barrier of the building and protects it from being harmed from the outside invasions.

Seed storage will be placed on the border between Barrit village and field. It is close to road and isolate in a peninsula surrounded by trees, there is also a lonely abandoned farm. It stand at territory of two, its architecturity do not fade but still face to nature. The storage will renovate from a abandoned farm in this peninsula, a 16 meters long, 6.5 meters wide, 5 meters high Danish traditional timbered farm “Bindingsværk”. The seed storage starts from this abandoned farm house, it had becoming part of the natural history. Therefore, I wish the new structure inherits the current state of the old farm house. Continue to show its natural characters, but not becoming an intruder of its natural components. The focus is to minimise the “new creations” or “additions”. It’s not a replacement of the farm house. It is the inheritors of what’s left over.

Juhani Pallasmaa was commissioned to design a Artist’s Summer Studio in Vänö Island in Finland,the designing concept is to minimise the impact to Vänö Island by using material collected from local areas, driftwoods, rocks. These materials represent represent one sort of generalized nature—everything is bathing in the nature. One of the components is rocks,soil. Another component is abandoned buildings,rusty components, they have becoming an important part in the natural history.

This project is focused on discussing the two above core interests. It is to discuss the coexistence and translatable relationship between architecture and environment (generalized nature). It consists many elements, trees, wind, obsolete farm, fallen wood,the changing interaction and influence between all these natural objects and architecture. Last but not least, role switching between protector and defender, how does the nature influence architecture.

The old structure will be renovated by carry on its past memories. Firstly, it not necessary to study this heritage as a architecture history course though it is a typical Danish farm.Instead, its components and structural details will be assessed and documented. The individual parts will be disassembed and re-assembled as part of the new building. The historical parts will influence the new structure as part of the nature components.

The re-assembled heritage will be lifted with a new volume as its base. two parts combined as a whole is the new seed vault. This newly inserted volume will be constructed using natural material rammed earth. It will make the vault looks like it was grown from the field. The heritage part will oversee the entire field from high above, the connection between monument and surrounding secular buildings will be a sort of reverence from trivialization to this dominant monument. Meanwhile, this whole new building is a compatible volume for a seed storage as well.

—Timber rafter: the former rafters and purlins of roof structure are made of raw trunks, replace it with new timber rafter,<artificial>